Warning: Use of undefined constant headerfavicons - assumed 'headerfavicons' (this will throw an Error in a future version of PHP) in /home/customer/www/rebeccamorn.com/public_html/mind/wp-content/plugins/favicons/favicons.php on line 2188
 In Memoriam: Sri Kaleshwar Swami – 15 March 2012 | A Mind is a Terrible Thing 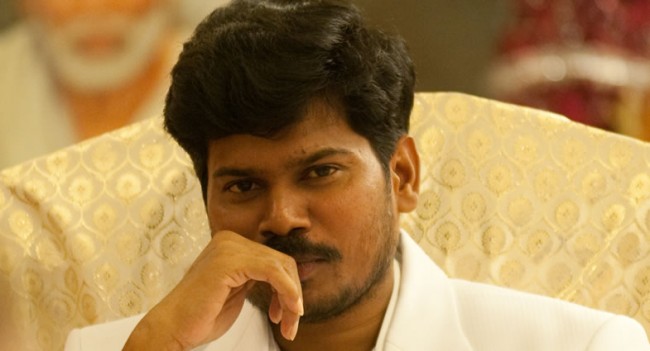 Today, we received the sad news that our spiritual teacher, Sri Kaleshwar, had passed away (taken maha samadi). He'd been ill for the last few years, and very recently had been admitted to a Bangalore hospital in serious condition.

Sri Kaleshwar was my teacher and guru since 2005. I'm not going to get into any of the political controversies in which he was involved over the years, or anything negative. This is not the place for such things.

He spent much of his adult life helping others, building hospitals, giving away free medical care and food to thousands, digging water wells for Penukonda village, restoring sight to the cataract-blinded, sponsoring formal weddings for the poor, financing full scholarships, and donating hundreds of bicycle wheelchairs to the crippled. To aid in this effort, and to make it possible to share his spiritual teachings with the West, he built a modest ashram in the village of Penukonda.

He was a good man.

When he wasn't involved in charity, or being a loving father and husband, he was teaching thousands of students, men and women from around the world — students from Europe, America, Japan, and many other lands. Never once did he say that he was a spiritual master deserving of worship, riches, or adulation, or that only through him could answers be found, but instead always told his students they had as much potential or more to go on and do far greater things, that everybody has the capacity to become Enlightened. He frequently opened his talks with the greeting, "My dear Divine Souls…" Always he insisted his personal goal wasn't to collect students but to create spiritual masters.

He also often said he wasn't anybody special, but just a guy who knew a little more than the rest of us about certain things, and it was his job and sworn duty to share them with us.

Sri Kaleshwar's message was not limited to devotees of the Hindu faith. Often, he would use the terminology and concepts familiar with Christians, Buddhists, and Muslims, depending on his audience. The Penukonda ashram features a large temple devoted to Shirdi Baba — another Indian spiritual leader who insisted he followed all religions and none, and one of Sri Kaleshwar's favorite sayings was, "Many candles–all one flame."

I had the great honor to meet Sri Kaleshwar in late 2005, here in the U.S. To say I came away from the experience changed would be an understatement, and it was upon his personal invitation to us that my wife and I traveled to India a few months later to study at his ashram in Penukonda, Andra Pradesh, in India.

Our time in India was, to say the least, an adventure — amazing, but also gruelling at times. It's not easy learning the discipline of focused spiritual study, especially for someone as inherently undisciplined as myself, but the three years we spent there have never been regretted by either of us.

(It was also a tremendous joy to get to know the Indian people and culture. Their kindness, generosity, and infectious good cheer is a joy to behold. It seems they are constantly finding ways to celebrate life.)

We were both changed, deeply and profoundly. For myself, there were a number of transformative experiences and events during our stay, but one in particular — a day when Swami wasn't even there at the ashram — literally changed my perspective such that I knew I was no longer the same person. I suppose some might consider it an Enlightenment experience. All I know is I have never since seen the world as I did before, and in the days following this particular awakening, I told my teacher, "You have given me everything you ever promised, and more. It's going to take me years to process it all. Thank you."

He just grinned and said "You're welcome."

The last time my wife and I saw our Swami in-person was in the autumn of 2009, after we'd returned to America and resettled in New Mexico. This was at an event in Laytonville, California, and to this day I still fondly remember him spotting us sitting on a small hill, looking up with a little surprise and a smile, and giving us a friendly wave. "I see you," was all the look and wave said, and it was all we needed.

In an odd way, Stephanie and I came away from that Laytonville event knowing that whatever time our Swami had left in this world, it would most likely be for other students, not us. Our Swami's teachings had already filled our cups completely to the brim and overflowed.

The picture at the top of this post is how I best remember my Swami, my Guru-ji, despite having seen hundreds of photos of Sri Kaleshwar over the years. A direct, eye-to-eye compassionate gaze, with just a hint of amusement. Eyes that could see into a person's very soul.

While we were at the ashram, my wife Stephanie took a great many photographs, and I assisted with video production and writing projects — and as such, I like to think we gave back a little in gratitude. It was an honor and a privilege to have known Sri Kaleshwar, the man, and to have learned directly from him.

This is how he also lives on, in all of his students, and in the ashram he built. Even if the place, the ashram itself, should one day be gone, the lessons — Sri Kaleshwar's teachings — will live on, in us.

Namaste, Guru-ji. Namaste, my teacher and my friend.